LAMBurgers with afternoon tea? Oh yesssss! This is what I love about the whole “themed afternoon tea” phenomenon taking over London (and the rest of the world) right now… Amazing dishes and combinations that you might otherwise not experience with traditional afternoon tea (AT). 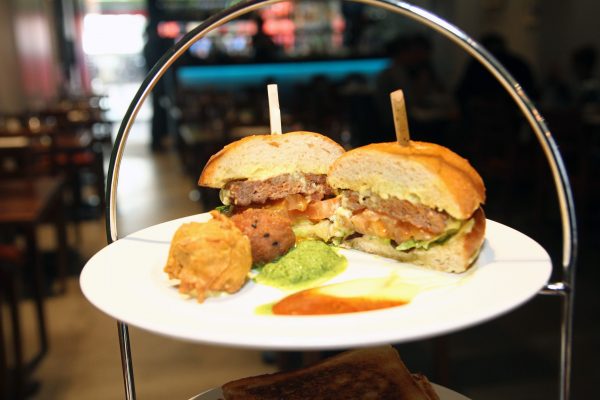 Speaking of non-traditional afternoon teas, Cinnamon Soho recently launched their “HIGH CHAI”, with the description: “Afternoon Tea, Twisted.” And it is twisted in such a good way. I had the pleasure of sampling Cinnamon Soho’s High Chai AT with an “afternoon tea virgin” 🙂 – my friend, Rebekah, of Ladies that Cake, so the experience was even more special. 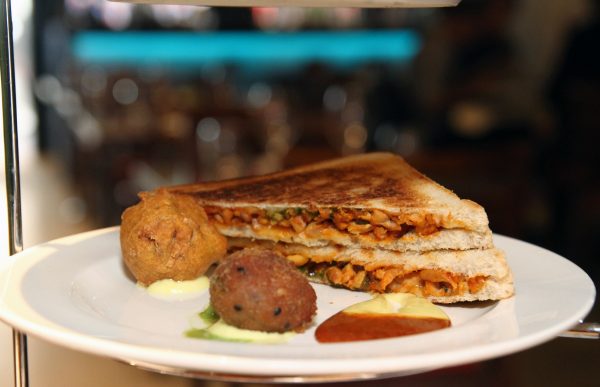 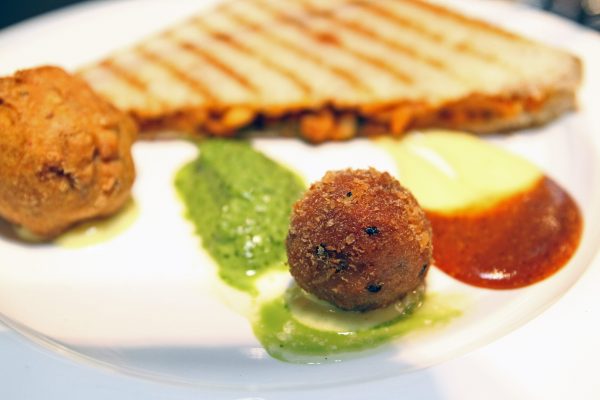 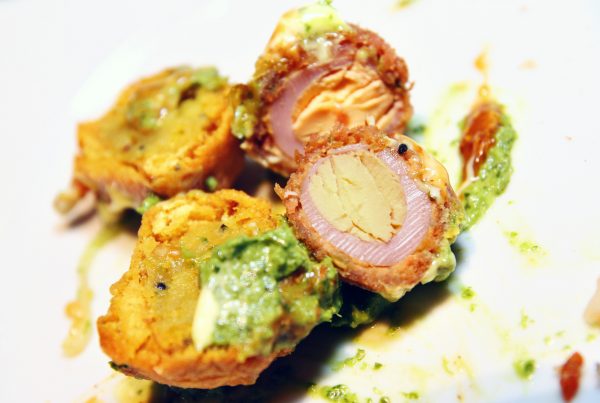 We both absolutely loved the Bhangra lamb sliders, which were so juicy and flavourful. The tandoori chicken and chutney sandwiches were equally delicious, and spiced to perfection! These aren’t your dainty variety finger sandwiches; they’re proper-sized burgers and sandwiches, cut in half so there should be no fighting if two of you are sharing the High Chai. We then tried the Bombay potato bonda and the Bangla Scotch egg, which are both served with green chutney and spicy kasundi relish. The potato and the egg were small, but packed a punch in terms of flavours and textures, with the sauces providing just the right amount of heat. Rebekah mentioned how tricky it is to make Scotch eggs, much less the special quail eggs made in the Cinnamon Soho kitchens. 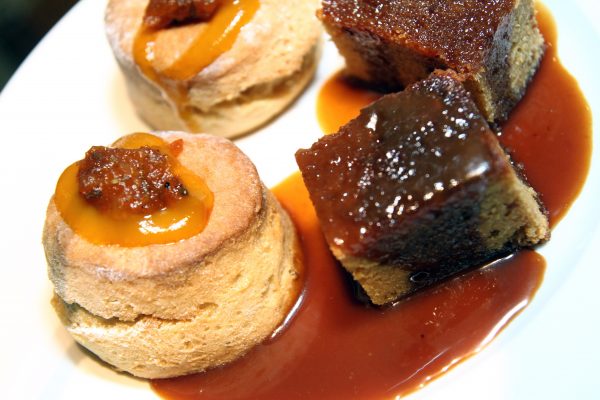 After the savoury treats, we barely had room for the sweet ginger and garam masala cake (like a sticky toffee pudding, but BETTER!) – and the sauce that accompanied it was equally amazing. It was fun trying to guess the various flavours woven through the sweets. We should have requested (without sounding too greedy) more of the apple and fennel chutney that topped the spiced scones, because again, the flavours were outstanding! 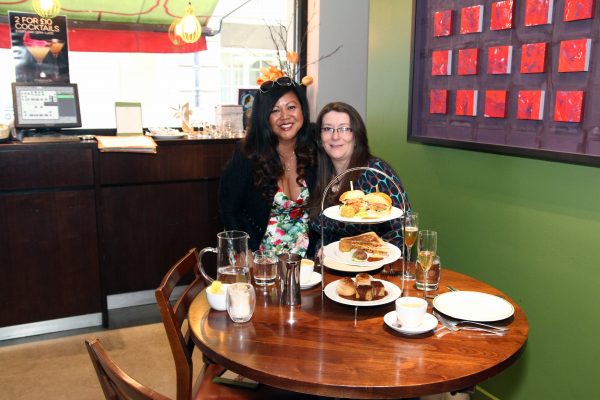 This was all washed down with the Indian masala chai, a treat in itself if you’ve never tried it. The other teaoptions are green tea, Assam, Earl Grey, or Silver Needle. You can even have a glass of cinnamon Bellini – another new flavour combo of spiced cinnamon syrup in Prosecco – OR one of their other happy hour cocktail treats (and yes, happy hour happily coincides with tea-time).

High Chai afternoon tea at Cinnamon Soho is definitely worthy of its “twisted” title. We loved all the little “twists” that this AT had to offer. The different flavours and textures were so different from traditional AT, yet maintaini the same attention to detail. The other twist was the price: £20 for two people! (Or £30 for two, with two glasses of cinnamon Bellini). You can barely have lunch in London for this price, let alone such a fantastic afternoon tea. Many thanks to the team at Cinnamon Soho, especially Priti and Maria, who made our visit so very memorable. Did I mention LAMBurgers!?! Will definitely be returning for those! 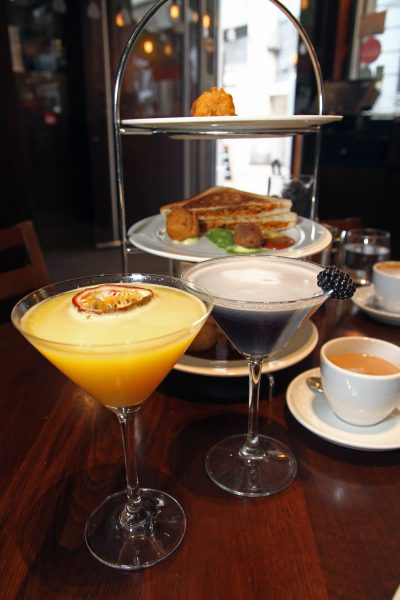 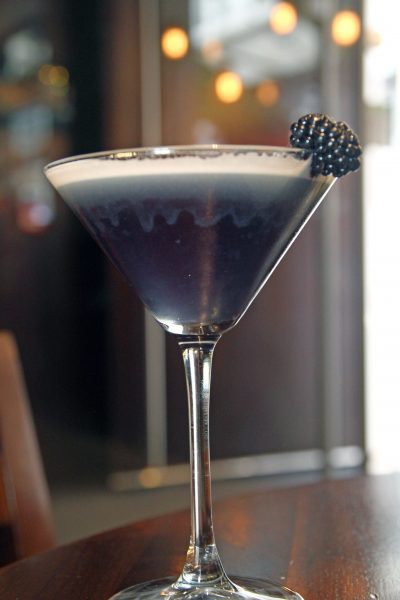 January is OUT NOW!

WIN in our January competition!
SOLVE THE Sudoku! Solve the sudoku to win…